Seite 101
Hence grew the general wrack and massacre ; Enclosed were they with their enemies : A base Walloon , to win the Dolphin's grace , Thrust Talbot with a spear into the back , Whom all France , with their chief assembled strength , Durst ...
Seite 112
My Lord , my Lord , the French have gather'd head : The Dolphin , with one Joan la Pucelle join'd , A holy prophetess new risen up , Is come with a great power to raise the Siege . [ Here SALISBURY lifteth himself up and and groans .
Seite 149
On us thou canst not enter but by death ; For , I protest , we are well fortified , And strong enough to issue out and fight : If thou retire , the Dolphin , well - appointed , Stands with the snares of war to tangle thee : On either ... 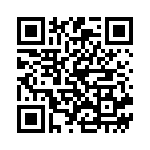