Germana Ernst is professor of History of Renaissance Philosophy at the Third University of Rome. She studied at the University of Milan, graduating with a thesis on Campanella’s Apologia pro Galileo. She has written papers on early modern authors, such as Girolamo Cardano, Giordano Bruno, Giovanni Battista Della Porta, Giulio Cesare Vanini, and Galileo Galilei. Her main research activities, however, have been focused on Tommaso Campanella, on whom she has written three books together with many essays and articles dealing with ethics and politics, philosophy of nature, religion, natural magic, prophecy and astrology. She edited many published and unpublished works of Campanella, including Articuli prophetales (1977), Città del sole (Milano 1996), Monarchia di Spagna (Paris 1997), a collection of Lettere (Pisa-Roma 2000), and Opuscoli astrologici (Milano 2003). She has also managed to retrieve a number of texts that had been considered lost, including shorts works, letters and five political sonnets. Her most important discovery remains the autograph manuscript in Italian of Ateismo trionfato (2 vols., Pisa 2004), a text that inaugurated a project dedicated to the publication of a significant selection of Campanella's works by the publishers of the Scuola Normale Superiore of Pisa. Recently, Ernst published Campanella’s intellectual autobiography, De libris propriis et recta ratione studendi syntagma, together with an Italian translation (Pisa-Roma 2007) as well as a new annotated edition of Campanella's main work in the field of natural philosophy, Del senso delle cose e della magia (Roma 2007). The publication of a new comprehensive edition of Campanella's epistolary corpus, Lettere, is expected in 2009.

In 1995, together with Eugenio Canone (Lessico Intellettuale Europeo, CNR, Rome), Ernst founded Bruniana & Campanelliana, a journal dedicated to representatives of Renaissance philosophy and their times. From the 1980s onwards she participated in numerous international conferences and published many articles and reviews in international journals. 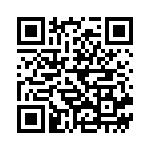