Richard Stachurski is a retired U.S. Air Force colonel whose career was spent in aeronautic and astronautic development programs. His service included six years on loan to NASA with the Apollo lunar landing program. Returning to civilian life, Stachurski worked as a satellite systems design manager for the Boeing Company. The author of numerous articles on the history of geodesy, cartography, and exploration, he lives near Seattle, Washington. 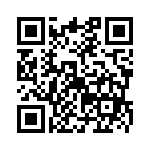