Seite 2
after the father's death in 1929, joining the S.A.” Alfred, by contrast, joined a trade
union and the KJV (Communist Youth Association), and read Willi Münzenberg's
Arbeiter-Illustrierte-Zeitung. Shortly after Hitler came to power, Alfred Andersch ...
Seite 17
And so he consented, tormented by this sugar that his blood could not pass out of
his body, to be lashed along the road to death. As for me, however, I fled
whenever I had the time. Often, I rode out on my bike to Schleissheim, the castle
near ...
Seite 85
Very little latitude is available to Chance, though Chance can determine whether
a man is sent to captivity or to his death, but either way he remains imprisoned in
the fate of the masses. Nor can Chance change people's recurring impulse to ...

As much philosophy and personal review as it is memoir or history, this short "report" by Andersch has some truly great moments. As he moves through his experiences living in the years of the Third ... Vollständige Rezension lesen

The cherries of freedom: a report

Best known for his novel Sansibar (an international best seller translated into English as Flight to Afar), German author Andersch (1914-80) was a young man when he was caught in the terrible ... Vollständige Rezension lesen 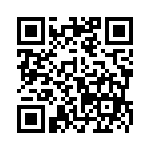