Seite 73
Jumping out of the cabs, the soldiers called up to the villagers, “Get out. Out.
Quickly.” When no one moved, the soldiers raised their guns. Shmuel put his
hands on the raised panel, and leaped down. Yitzchak handed his son down to
Shmuel, ...
Seite 87
“Down there,” the blond soldier called out again. “Schnell!” They were forced by
the soldiers to scramble down the high gravel embankment, and the slippery
stones slid away underfoot. Hannah went down on her bad knee and cried out
once.
Seite 93
the soldiers shouted, ushering them back, without towels, into the cold room.
Head down, hands over her breasts, Hannah walked through the line of soldiers,
remembering how childish she'd thought the blue dress and longing for it.

I read this book as a 12 year old and I remember loving it, but could not remember why. After reading it for the second time, I still love it. I’m not sure if it’s Yolen’s writing, making me feel what ... Vollständige Rezension lesen 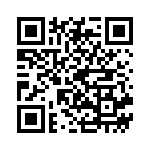