Richard Hamblyn was born in 1965 and is a graduate of the universities of Essex and Cambridge, where he wrote a doctoral dissertation on the early history of geology in Britain. He lives and works in London. 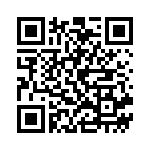