Seite 198
And it is further apparent that the ḥ with which each of the other variants alternates is the same ḥ that occurs normally in absolute final position . On the basis of the native descriptions we may set up the phonic values of the ...
Seite 225
Final stops are usually unreleased ; final voiceless stops are unaspirated ; final voiced stops and spirants are partially unvoiced at the end ; and final voiceless spirants are longer than at the beginning of an utterance .
Seite 233
Before final voiceless spirants , as in peace , pace , dice , choice , loose , dose , house , the syllabics are pronounced long by some speakers , short by others ; before final voiced spirants , as in peas , pays , pies , joys , lose ... 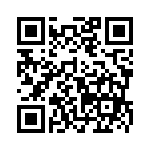