Werner Troesken is Professor of History at the University of Pittsburgh and Faculty Research Associate at NBER. He is the author of Water, Race, and Disease (MIT Press, 2004). 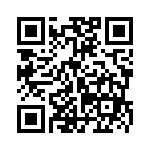