Carlo Cosentino, PhD, is a lecturer in systems and control engineering in the School of Computer and Biomedical Engineering at Magna Grćcia University of Catanzaro, Italy, where he has taught courses in the area of control engineering as well as a course on modeling of biological systems. He has authored more than 60 scientific publications in the fields of control engineering and systems biology, which have appeared in peer reviewed journals and international conferences. His current research interests are in the field of systems and control theory, with particular emphasis on its application to the investigation of biological systems at the cellular and molecular levels.

Declan Bates, PhD, is a professor of biological systems engineering in the College of Engineering, Mathematics and Physical Sciences at the University of Exeter, UK. He has authored more than 90 technical publications and is currently Vice-Chair of the Research Grants Review Committee of the International Human Frontier Science Program and a member of the editorial board of IET Systems Biology. His research is focused on the development and application of advanced control system design and analysis methods for aerospace and systems biology applications. 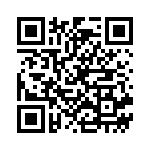