A rather academic history of Charles I, not a 'pop History' book by any means, but it's got some interesting insights. I must finish it one day. Vollständige Rezension lesen 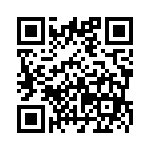