Wimsatt, Sterling Professor of English at Yale, where he taught for over 35 years, was one of the most important literary critics of his generation. He and Yale colleague Cleanth Brooks were arguably the key disseminators of the New Criticism, which was extremely influential from the 1940s through the 1960s. The basic tenets of New Criticism were outlined in England during the 1920s and 1930s by T. S. Eliot, William Empson, and I. A. Richards, and in America at about the same time by a group of southern writers, among them Cleanth Brooks. Wimsatt's 1954 collection of essays, The Verbal Icon, was one of the most important statements of New Critical methodology, and along with the works of Brooks, was frequently taught in college and university courses as New Criticism became the standard approach to literature, virtually synonymous with criticism itself. Two essays from the volume, coauthored with Monroe Beardsley, have provided particularly enduring catch phrases and key indicators of New Critical assumptions. "The Intentional Fallacy" describes what Wimsatt and Beardsley saw as an excessive emphasis on the author's psyche and self-expression at the expense of the work itself, so that the critic reduces the meaning of a text to the author's ostensible intentions, the feelings or ideas he or she meant it to convey (if these can even be discovered). "The Affective Fallacy" describes the opposite, the mistake of determining the meaning and success of a work by its emotional or didactic effect on the reader, again at the expense of a close reading of the text itself. For New Critics like Wimsatt, a work of literature should be a self-contained, organic whole to be understood and evaluated "objectively," as a linguistic structure apart from its production or consumption, according to formal and supposedly internal criteria, such as complexity, irony, and unity. To consider the feelings or ideas presumed to be expressed in a work or to result from reading it is, according to New Criticism, to be swayed by moral, philosophical, or sociological criteria external and therefore extraneous to the work. Many literary theorists now suggest that the objectivity and apoliticism for which formalist New Criticism strove is impossible and actually resulted in biased, politically conservative readings of literature. However, most contemporary critics still find close reading and explication of textual elements as crucial to the critical activity as the biographical, psychobiographical, historical, and ethico-philosophical studies whose importance they have renewed. 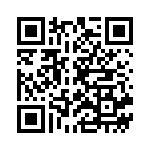