If you enjoy reading about the Civil War this this is a must read. Divided into two sections, the book deals with the men and woman that fought (in one way or another) for the Union or the Confederacy ... Vollständige Rezension lesen 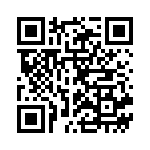