Seite 186
At Riccarton , in the parish of Currie , near Edinburgh , the seat of Sir J. Gibson - Craig , is a quaint inscription let into the wall of the modern building , and which has evidently been taken from the ancient part when the additions ...
Seite 243
There was , indeed , a later meal taken by some , called comessatio , but it would seem that it was chiefly drink , and not food , which was taken at this meal . See Smith's Dict . of Ant . ' In French and Provençal , cčne and cena are ...
Seite 252
I am surprised that it has not occurred to any correspondent who has taken up the subject of royal poets to offer the first place to King David . Solomon , too , if he was indeed the author of the Canticle of Canticles ( 7th S. ix . 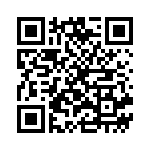