Seite 187
She at once said , in a manner ics at the very least , and , therefore , the still more
extremely laconic and decided , ' I won't give one difficult duty devolves upon us
of selecting again cent . ' Her sister remonstrated , and represented from the ...
Seite 202
of The words had scarcely left his tongue , honor , ' ' still a fool - to give his libeller
the chance Ere pealing loudly by , of ... From the evidence of Mrs. Hawkey on The
engine gives a roar . the inquest , we come at a strange code of honor The ...
Seite 361
... next , Bob Pirgivie , whose peculiar de- she ! My truly , I'm mistaken if both
mother and partment was looking after the pecuniary concerns dochter do not
give the world plenty of room for of the heiress . gossip . But what are ye come to
next ? 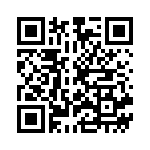