Seite 328
:translation of Tryphiodorus , ' by Merrick , Or . inscribere membra ford , 1739 , there are frequent references to the Discentum ...... gaudet . work , and one passage is rendered into verse ; but The French term is bouleau , ED .
Seite 416
t par l'auteur , " and as giving , so M. Taine says he had understood from friends , a faithful picture of Oxford life , I copied the passage in French on the back of the card , and sent it to Mr. Bradley , thinking that , whether he ...
Seite 503
... think that this passage is given up prematurely concurrent with high excitement which Longinus i by Mr. W. Aldis Wright as " hopelessly corrupt . refers to as characterizing the Crown Oration of I believe that it has a full claim to ... 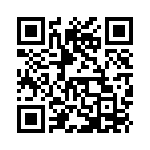