Seite 1
THE " RESTORATION OF ALL THINGS ' ' Joseph Smith , Jr. , the charismatic founder of Mormonism , emerged from the ferment of Jacksonian America during a time when religion was regaining its hold over American life , when abolitionist ...
Seite 24
If Bennett had not moved ahead so fast all would have been well now , as I look at things with them . " And Smith may have been commenting on this very point when Erastus Snow heard him say at the time , " many of the Elders were doing ...
Seite 43
His 21 May 1843 diary , for example , records a public address in which he said , “ We have no claim in our eternal comfort in relation to Eternal things unless our actions & contracts & all things tend to this end . 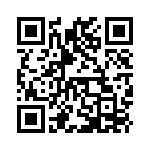