Seite 28
Yet Hands cut 164 lines of Part Three , nearly half of which were originally assigned to , or about , Margaret . Their absence seemed to affect Helen Mirren's performance by diminishing Margaret's maternal bond with Prince Edward .
Seite 45
At one performance , Grey still wore the crown at her exit ; at another , Edward angrily snatched it back . Either choice reveals how , in appropriating the sacred crown to secular , and sexual , use , Edward initiates a break in the ...
Seite 59
In the plays discussed in this article we have seen representative kings ( Henry in Friar Bacon , Edward in George a Greene , and we might add the King in Jack Straw ) , kings involved in personal conflict ( Alexander , James in George ... 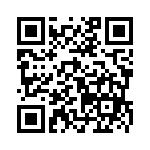