Seite 63
Hugo , to be sure , was not able to assess the historical significance of this force .
However , it left its imprint on his work as a strange distortion , in the form of
spiritualistic protocols . Hugo ' s contact with the spirit world which , as we know ,
had ...
Seite 133
To be sure , it quickly crystallizes it , as soon as a certain degree of maturity has
been attained ' . 62 On the other hand , this same manufacturing produces , ' in
every handicraft that it seizes upon , a class of so - called unskilled labourers , a ...
Seite 140
The correspondances constitute the court of judgment before which the object of
art is found to be a faithful reproduction – which , to be sure , makes it entirely
problematic . If one attempted to reproduce this aporia through language , one ... 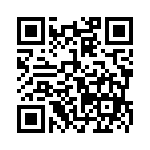