I have to say, I found this book to be a bit of a laugh when I read it while I was doing some research on Atlantis. It was not altogether very informative, but then, I've always been a skeptic when it ... Vollständige Rezension lesen

Shirley Andrews (Massachusetts) has had a passionate life-long interest in prehistory, and has conducted research both in the U.S. and at the British Museum Library in London.  Her investigations have led her to ancient monasteries high in the Himalayas, the Azores, the Andes, Central America, and the Tio Bustillo cave in Spain.  She  has appeared on numerous radio programs and gives popular lectures on Atlantis.  She is also the author of Atlantis: Insights from a Lost Civilization. 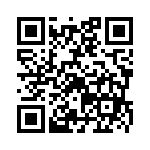