Seite 484
... and remained at his prominent post . His presence was an inspiration . The Austrians were driven from the village , and the next day their defeat was completed . On June 1 , the king entered Novara with his victorious troops . 626.
Seite 621
On entering with his troops he was awed for the moment by the sight of the aged pontiff seated in calm dignity on his throne , in all his papal regalia . In one hand he held the cross ; in the other , the keys of St. Peter .
Seite 900
Ticonderoga, Allen at, 451 Tigranes, Lucullus defeats, 489 Tilbury, appeal of Elizabeth to her troops at, 58 Tilsit, meeting of Napoleon and Alexander I at, 793 Time, lament of Buckingham on wasted, 48; Raleigh on, 80 Timon of Athens ... 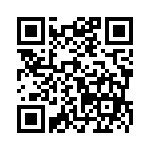