Seite 47
( 267-80 ) Here , though every line is end - stopped , the seven couplets compose a single sentence , with a complete unity of meaning clearly pointed by the identity of the first and last words of the passage - the word all , which ...
Seite 168
But he had no wish to write in opposition to the Christian faith ; and he does not seem to have been aware , till the Swiss theologian M. Crousaz pointed it out in his captious and clumsy Examen , published in 1737 , that the “ natural ...
Seite 204
The defect once pointed out , one becomes aware of a timid complacency , and of an intellectual and moral priggishness , which mars , however slightly , the grace and charm of Addison's limpid prose . One wishes , but in vain , that Mr. 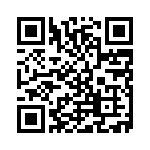