John B. Henderson is Professor, Department of History, Louisiana State University. He has previously published The Development and Decline of Chinese Cosmology and Scripture, Canon, and Commentary: A Comparison of Confucian and Western Exegesis. 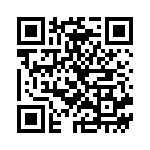