Seite 33
The Board are of the opinion that the provision for depreciation , Ł 4,075,454 (
1961–62 , Ł 3,941,608 ) arrived at on the same basis as in previous years , is
sufficient to provide the amounts which , by the Electricity Act of 1947 , the Board
are ...
Seite 54
The depreciation and other capital provisions have been paid to the Electricity
Council in reduction of the Board's indebtedness to them and this payment is
deemed to include the contributions which the Council can require from the
Board ...
Seite 54
The Council finally resolved :“ THAT The North Eastern Electricity Consultative
Council , having heard the proposals of The North Eastern Electricity Board from
the Chairman , Mr. G. N. Green , and the Deputy Chairman , Mr. E. Bates , for ... 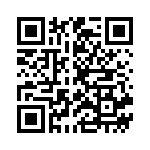