Seite
Original colons or semicolons , which denote a somewhat shorter pause , are retained , or represented as three dots when they appear to possess special dramatic significance . Similarly , significant commas have been given as dashes .
Seite 59
Let them appear as I call , let them do so , let them do so . Let me see , where is Mouldy ? Mouldy . Here , an't please you . Shallow . What think you , Sir John ? a good - limbed fellow , young , strong , and of good friends .
Seite 121
As Sch¸cking notes , no fewer than five of the eight passages deleted ' mention King Richard II and his tragic fate ' , while some might well appear to reflect upon the recent trial , and others again , which deal with the rebel ... 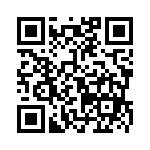