Seite 46
Everything was now in her eyes at the Castle it was not far from the hour as bright as in her mother's all was somwhen the return of the two might be bre , and her conviction of the daylight's looked for , and it was the knowledge of ...
Seite 307
the rock , half an hour to ascend , half an “ And I should be indeed grieved to hour to drink coffee , another half hour to do so , " replied Falkenberg , lowering his examine the ruins , and an hour and a voice a little , as he leant ...
Seite 592
“ I enjoyed at the keener joys of which humanity is capa . every meal , at every hour , the free and ble were absent from it , it was sensible of pleasant conversation of the friend of my no poignancy of sorrow . Later , he lost youth . 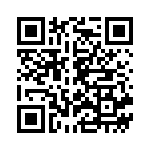