This latest biography of Dostoevsky will come as a relief to initiates, as it provides easy access through relative brevity and simple explanations of the author's complicated life and works. Other ... Vollständige Rezension lesen 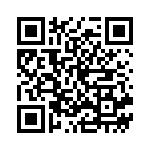