Seite 45
The starting point will be the vowel system assumed for Common West Germanic ; at this point the stages in the development must largely be inferred from later evidence , until more direct WGmc , evidence can be obtained from the records ...
Seite 208
Most of these etymologies are new ; over twenty of them ( 1-4 , 6–7 , 10–13 , 15–28 ) seem , to me at least , indisputable . There is enough evidence , at any rate , to establish the correspondence of Gmc . -k ( k ) - to IE - Hy- ...
Seite 235
Generally place name evidence is more reliable than textual evidence . Consequently , no comprehensive linguistic atlas , such as that provided for Middle English by Moore , Meech , and Whitehall , is possible here . 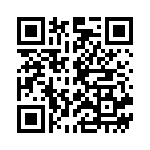