Seite 4
MAULER : No , Cridle , the groaning of that steer Will live forever in my heart .
This Lennox Must be destroyed at once , for I ' m determined To give up
butchering and live in virtue . Come , Cridle , and I ' ll tell you how to hasten
Lennox ' s fall .
Seite 9
... with earthly goods – which don ' t come everybody ' s way – but because you
have no feeling for the higher things . That ' s why you ' re poor . The earthly joys
you chase after , a bit of food , a nice place to live , a movie show – Scene 2d 9.
Seite 47
I want to live in peace . So let them gain by Their crime , and gain they will . They
only need To buy up meat wherever they find it Convince the breeders that there '
s too much meat Point out in passing how Lennox was laid low and Buy up ...

Bertolt Brecht (1898-1956) is acknowledged as one of the great dramatists whose work has had a considerable influence on the theatre. His landmark plays include Mother Courage and Her Children, The Threepenny Opera, Life of Galileo, and The Caucasian Chalk Circle. 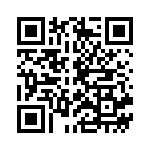