Seite 339
Glass also was produced from the middle of the century at Lugdunum which had
become a most prosperous trade centre. Spain, rich in minerals, was also very
productive and exported gold, silver, copper, lead, tin, iron. It also sent overseas ...
Seite 340
Most of the goods in the first century a.d. came from Italy and passed by road to
the Danube at Carnuntum. Thence in the early part of the century they moved on
to Bohemia, where the Marcomanni were for a time both customers and also ...
Seite 382
On Rome's relations with her allies in the first half of the second century see A. H.
McDonald, Cambr. Hist. J., 1939, 124 ff., and, briefly, H. H. Scullard, Roman
Politics, 145 ff. On citizenship see A. N. Sherwin- White, The Roman Citizenship ... 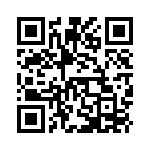