Seite 289
witness employs present tense verbs to describe past events , which are
transformed into past tense actions in the interpreted version : slyshu ( line 7c ;
interpreted as “ I heard " , line 8c ) , govorit ( line 11 ; interpreted as " he said ” ,
line 12 ) .
Seite 290
They called this the “ powerless ” style , because when these traits were present
the witness gave the impression of being less convincing , less truthful , less
competent , less intelligent , and less trustworthy than when his speech was
lacking ...
Seite 50
In the present article , my intention is to chart the institutional and systemic factors
behind the translations . More specifically , I will look at the political aspects of EU
translation , the problems of intra- and intercultural communication , and the ... 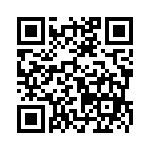