Seite 76
Are the experiential clues that human intellect has an integral function in regenerative universe as has gravity ? ... together WITH the Earth's Moon as the most prominent components of the life regeneration on Spaceship Earth .
Seite 86
... account wealth more precisely as the number of forward days for a specific number of people we are physically prepared to sustain at a physically stated time and space liberating level of metabolic and metaphysical regeneration .
Seite 122
... his successful and metaphysical metabolic regeneration while ever increasing the degrees of humanity's space and time freedoms from yesterday's ignorance sustaining survival procedure chores and their personal time capital wasting . 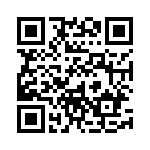