Seite 70
For some years past sea* Proverbs and Phrases ' : “ Plough the sands , " gulls have been coming up annually , before and and in the latter , under ' Aratro , ' a reference during a storm , from Cardiff , along the Taff to ' Sat. ' yii .
Seite 130
I ring to the foregoing heading would take thought that they had been cut down to Juxon , many lines to enumerate , the garment men- Thomlinson , Hacker , Brandon , and presumtioned at the last reference does not seem ably Hulett ' ...
Seite 194
An account of these , and query somewhat allied to this one , and , as I a little upon the subject in general , is being cannot supply the separate reference , am printed for the Berks , Bucks , and Oxon tempted to give a partial ... 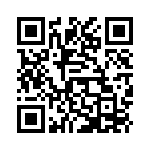