Seite 462
Once a day we received food , and once a day we were led to the latrine . Our
guards were not SS men , but old prison inmates – murderers , prostitutes , and
other hardened criminals . They persecuted the Jewish girls mercilessly and
under ...
Seite 640
We called in the doctor once again , and he - to our great consternation –
diagnosed pneumonia ! He gave the child an injection , reassured us off -
handedly , and was gone . I had not slept at all the previous night . I had held
Branulka in my ...
Seite 682
Since it was early morning , we went to the cemetery once again . This time a
middle - aged man , who had once worked in the cemetery , escorted us . We
again looked , called , searched in every corner , but to no avail . Mirka could not
be ... 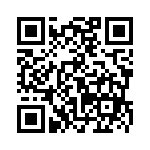