Seite 65
I was still within fifty yards of my buffalo, and again I fired. This time, in spite of my
greenness at shooting on the gallop, I put a ball home, but not in the right place. It
struck too low in the flank, and just bled the buffalo without stopping him.
Seite 92
I fired another shot, which took effect in the lungs of the first buffalo ; the second
sheered off for a moment, but instantly returned to his friend. The wounded
buffalo became distressed, and slackened his pace ; the unwounded one not
only ...
Seite 146
Perhaps, too, the Parks may be said to bound the extreme western range of the
buffalo. I saw a buffalo skull, to be sure, on a dry, gravelly plain near the Green
River; and tradition still speaks of their having formerly extended all the way into ... 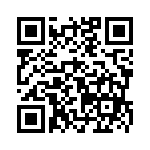