BENJAMIN J. HARBERT is associate professor in the music and the film and media studies departments at Georgetown University. He is the producer and director of Follow Me Down: Portraits of Louisiana Prison Musicians and co-editor of The Arab Avant-Garde: Music, Politics, Modernity. 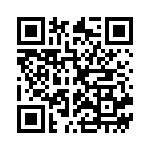