Seite 248
Russian populists were agreed that the State was the embodiment of a system of
coercion and inequality, and therefore intrinsically evil; neither justice nor
happiness was possible until it was eliminated. But in the meanwhile what was to
be ...
Seite 249
There were deep divisions among the populists; they differed about the future
role of the intellectuals, as compared with that of the peasants; they differed about
the historical importance of the rising class of capitalists, gradualism versus ...
Seite 396
Byron, George Gordon, 6th Baron, 108, 329 Cabanis, Pierre Jean Georges, 79
Cabet, Etienne, 8, 109, 142, 218, 226, 254 capitalism: and social improvement,
242; and delayed revolution, 249-50; populists' opposition to, 263, 267, 270
Carlyle ...

What should be done? To the question that hung over 19th-century Russia and dogs the world today, Isaiah Berlin would answer, stand firmly uncertain. Russian-born and Oxford-bred, Berlin has almost ... Vollständige Rezension lesen

Isaiah Berlin (1909 1997) was one of the twentieth century s most celebrated intellectuals and the author of many books, including Karl Marx, The Sense of Reality, and The Soviet Mind.
Henry Hardy, a fellow of Wolfson College, Oxford, is one of Isaiah Berlin s literary trustees.
Aileen Kelly is a fellow of King s College, Cambridge and the author of Toward Another Shore: Russian Thinkers Between Necessity and Chance and Views from the Other Shore: Essays on Herzen, Chekhov, and Bakhtin. 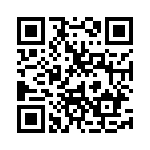