This book is filled with encouragement through a discouraging time...Its nice to know you are not going through it alone...but unfortunately there are other people feeling the same pain as you. Vollständige Rezension lesen

BEAUTIFUL BOY: A Father's Journey Through His Son's Meth Addiction

"I'll be fine. I've stopped using." That lie is told again and again in this memoir of a father's heartbreaking struggle with his son's addiction to methamphetamines. The clearly charming and talented ... Vollständige Rezension lesen

DAVID SHEFF is the author of several books, including the #1 New York Times -bestselling memoir Beautiful Boy . His writing has appeared in the New York Times , the New York Times Magazine , Rolling Stone , Playboy , Wired , and many other publications. His ongoing research and reporting on the science of addiction earned him a place on Time magazine's list of the World's Most Influential People. Sheff and his family live in the San Francisco Bay Area. 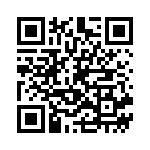