Seite 402
... but in which the feature Long is neutralized before two consonants ( regardless of whether the VCC sequence is divided among one , two , or three morphemes ) , so that only [ -Long ) vowels appear phonetically in this position .
Seite 404
To avoid this , it was argued , we must let the segment structure rule ( 7 ) appear in the P rules , where it must , moreover , follow rules such as ( 8 ) . It seems that examples such as the above two show that the segment structure ...
Seite 867
In other words , they can be thrown into the class of happen , seem , and appear . These verbs closely resemble the aspectuals in their lack of restrictions , their indifference to the passive , and their ability to combine indefinitely ... 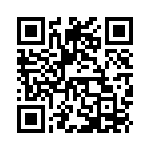