Seite 75
Before the gates there sat On either side a formidable Shape . The one seemed woman to the waist , and fair , But ended foul in many a scaly fold , Voluminous and vast - a serpent armed With mortal sting . About her middle round A cry ...
Seite 101
... journeys on to Paradise , whose outward prospect and situation is described ; overleaps the bounds ; sits , in the shape of a cormorant , on the Tree of Life , as highest_in the Garden , to look about him .
Seite 119
820 830 Fit for the tun , some magazine to store Against a rumoured war , the smutty grain , With sudden blaze diffused , inflames the air ; So started up , in his own shape , the Fiend . Back stept those two fair Angels , half amazed ... 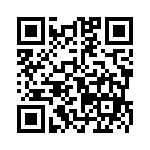