The first English translation of the great playwright's discursive semifictionalized observations on German life and politics, as spoken by the eponymous Keuner (his name from the German "keiner ... Vollständige Rezension lesen

Bertolt Brecht (1898-1956) was the author of The Threepenny Opera , Mahagonny , Mother Courage , The Life of Galileo as well as many other plays, poems, and theoretical writings. Ardent antifascist, friend to Walter Benjamin, and wily ally of the Communists, Brecht was often on the run, "changing countries more often than shoes." As Hitler's armies advanced, Brecht fled to Denmark, Sweden, Finland, and the U.S. before finally settling in East Germany after the war, where he became director of the renowned Berliner Ensemble. 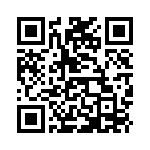