Seite 288
About six months into the process , I finally found his name , at a camp called
Kassel , and I thought I would die . It listed him there , plain as day , Richie
Kovacs , age twenty . It said he was dead . I remember seeing his name and the
word ...
Seite 289
and the word “ dead , ” then swaying on my feet . The next thing I knew , I was
sitting on a soft upholstered chair in an office . When I opened my eyes , Major
Daniel was watching me , a worried frown on his face . “ Are you all right , Baby ?
Seite 449
It had better be good , ” I said , turning to face him , “ because I am tired of your
lies and you have lied to me for years . I lived on the memories of a dead man ,
because I believed that Richie was dead and you let me believe that . ” Otto
looked ... 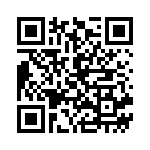