An important literary critic associated with the so-called Yale School of literary criticism, Miller received his Ph.D. in English from Harvard University in 1952. After close to 20 years as an eminent professor of English at Johns Hopkins University, he joined other faculty at Yale who were interested in Continental philosophy and criticism, particularly deconstruction, and remained there until his move to the University of California at Irvine in 1986. With his colleagues Paul de Man, Harold Bloom, Geoffrey Hartman, and Barbara Johnson, he formed "the Yale School." Although each "Yale School" critic worked on different material with different concerns, the Yale critics all helped make influential the work of deconstructive philosopher Jacques Derrida, who for a time spent a portion of each year at Yale. Miller was initially associated with the "Geneva School" of phenomenological criticism, the best-known practitioners of which were Georges Poulet, Jean-Pierre Richard, and Jean Starobinski. These critics aimed at an "immanent" reading of the text, one that discounted the contexts of its production or reception as factors in its analysis. But this was not a formalist reading either, since phenomenology understood a work to be an embodiment of its author's consciousness, rather than an artifact that is a beginning and an end in itself. Therefore, the critic's goal is to grasp an author's subjectivity by reading all of his or her works and discovering the "deep structures" of his or her mind, revealed in recurrent themes and patterns of imagery. These recurring elements are signs of the phenomenological relations between the author as subject and the world as object, the way he or she lived some aspect of reality. Miller's interest in poststructuralism, particularly deconstruction, developed after his exposure to it in 1966 at Johns Hopkins, where the conference that initiated the "structuralist revolution" in America took place. By 1970 Miller had rejected the phenomenological belief in language as the pure reflection of the presence of authorial consciousness, accepting the critique of it that he found in the work of Nietzsche, de Saussure, Freud, Heidegger, Derrida, and de Man. By 1975 Miller had publicly identified this critique with his colleagues at Yale, who four years later published what has come to be regarded as a manifesto of sorts, Deconstruction and Criticism. Like de Man, Miller argues that literature does not have to be deconstructed because it deconstructs itself, a claim made in part to defuse the charge that deconstructive critics "read into" a text, although, like formalism, such a claim also works to obscure the critic's labor---and biases. Miller's practice is to locate a work's structuring "webs" or "labyrinths" of figurative language, which can never simply be opposed to the "literal" (since all language is fundamentally rhetorical), nor unified into a single and originary meaning (since all language also has a diversity of meanings). In Fiction and Repetition (1982), for example, he discusses two kinds of repetition of tropes (themes), one centered on language and one that takes language apart and exposes its units. Together, these themes make a text's meaning "undecidable," not because it oscillates between the two themes but because each recalls the other, thereby subverting or deconstructing its own identity. Miller therefore cannot offer a definitive explication of any of the seven novels he reads, since each is ambiguously full of many contradictory impulses and structures. Miller's work has earned him several awards, among them Guggenheim, National Endowment for the Humanities, Carnegie, and Whitney Humanities Center Fellowships, and a distinguished teaching award from the Danforth Foundation. He has served on the editorial boards of several journals and as president of the Modern Language Association. 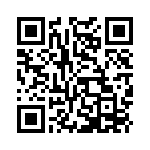