Seite 96
Chief designations were : " Betty " -Mitsubishi Zero - 1 , Navy , 2 engines , medium bomber . “ Emily ” —Kawanishi Zero - 2 , Navy , 4 engines , patrol bomber , flying boat . " Helen " Nakajima , Navy , 2 engines , medium bomber .
Seite 385
Royal Navy , which had not had units in the Pacific since the disasters to Prince of Wales and Repulse in December 1941 . Winston Churchill had been eager to have Royal Navy ships serve in the Pacific alongside American ones for a very ...
Seite 470
By this time ships were entering Tokyo Bay , carriers , cruisers , destroyers , auxiliaries , LSTs , ships of all kinds and types which had destroyed the Japanese Navy and isolated her homeland from the outside world . 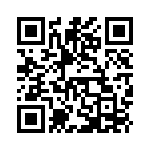