Seite 204 - Waft, waft, ye winds, his story, And you, ye waters, roll, Till, like a sea of glory, It spreads from pole to pole. Till o'er our ransomed nature, The Lamb, for sinners slain, Redeemer, king, creator, In bliss returns to reign.
Wird in 965 Büchern von 1823 bis 2008 erwähnt
Seite 204 - Where is Thy reign of peace, And purity, and love ? "When shall all hatred cease, As in the realms above...
Wird in 87 Büchern von 1869 bis 2007 erwähnt
Mehr
Seite 86 - Liberty is the right of every human creature, as soon as he breathes the vital air; and no human law can deprive him of that right which he derives from the law of nature.
Wird in 86 Büchern von 1771 bis 2008 erwähnt
Seite 108 - ... hum, which tells of insect joy. One may see many whisking about in the clear sunshine in patches among the green glancing leaves ; but there are invisible myriads working with never-tiring mandibles on leaves, and stalks, and beneath the soil. They are all brimful of enjoyment. Indeed, the universality of organic life may be called a mantle of happy existence encircling the world, and imparts the idea of its being caused by the consciousness of our benignant Father's smile on all the works of...
Wird in 12 Büchern von 1813 bis 2003 erwähnt
Seite 158 - There is a great difference between a people asking for its own ancient life and a people asking for things that have been wholly invented by somebody else. There is a difference between a conquered people demanding its own institutions and the bame people demanding the institutions of the conqueror.
Wird in 10 Büchern von 1963 bis 2003 erwähnt
Seite 87 - Oar great-grandfather fell at the battle of Culloden, fighting for the old line of kings ; and our grandfather was a small farmer in Ulva, where my father was born. It is one of that cluster of the Hebrides thus alluded to by Walter Scott : "And Ulva dark, and Colonsay, And all the group of islets gay That guard famed Staffa round...
Wird in 25 Büchern von 1847 bis 2003 erwähnt
Seite 167 - ... language can possess no words or expressions to denote ideas or conceptions which have never entered into a Teutonic brain ... A people so thoroughly unconnected with England or Germany as the old Sanskrit-speaking people of India, and developing a civilization and a literature peculiarly their own, had necessarily a vast store of ideas and conceptions utterly foreign to the Englishman or the German, just as the Englishman or the German boasts a still vaster number of ideas utterly foreign to...
Wird in 6 Büchern von 1969 bis 2007 erwähnt
Weniger 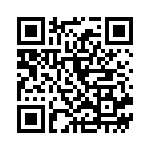