Seite 109
In early April 1831 , the sizeable group of relatives , along with other branch
members , loaded their wagons . Newel , acting as coordinator , was helped by
younger brother Joseph , who went alone on April 1 , on foot , to coordinate with
some ...
Seite 407
The list shows they had two wagons and six oxen , which means Newel must
have yoked two of his four cows to help pull their second wagon . No doubt
Samuel , age fourteen , drove one team , but it ' s unclear who managed the
second outfit ...
Seite 430
With that wagon train , he sent a list of Saints he wanted the volunteers to retrieve
. ... go as fast as he could to Nauvoo , locate Saints needing transportation ,
furnish oxen for wagons , and provide rides in his wagons for as many as
possible . 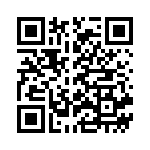