Seite 68
On behalf of the Executive Committee , the Secretary presented the following report : During the year , the Executive Committee was unable to act , but it was frequently consulted by letter , by the Secretary .
Seite 69
Mr. Sapir , on behalf of a committee of the linguistic subsection of Section L of the American Association for the Advancement of Science , consisting of Messrs . T. Michelson , L. Bloomfield , and himself , presented a Project for a ...
Seite 34
а The Executive Committee met on Monday , December 27 , 1926 , in the Faculty Room of the Harvard Union , at 9.30 A.M. , with the presence of the Committee on Publications and of Professor Taylor Starck , by special invitation . 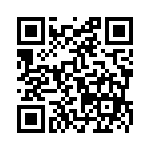