Seite 7
The famous Roger clear that the above - mentioned confusion existed . Williams , the founder of Rhode Island , then chapAt the same time it is certain that the usual lain to Lady Barrington's son - in - law , Sir William Anglo - French ...
Seite 227
Orizaba , or Zitlaltepetl , is reward those who tarried for that ceremony with a marked in all my atlases , and is mentioned also in draught , ad libitum , of the choicest wine from a Rosser's " Gazetteer .
Seite 496
William of Roches- not mentioned them in Old and New London ter , Monte Virgine , Guienne , Maleval , Bourges , connexion with Whetstone Park . Therefore I dos S. Brieux , and several others who are remembered see why MR . 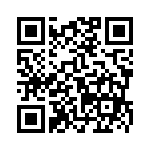