Seite 35
earnestness , it testifies to the sobriety of the young poet's temper and to his interest in religious things . Yet there is nothing in it to foreshadow his later Puritanism , nothing to distinguish it as the work of one who was ...
Seite 78
My young lord ? Speak again , Sec . B. O Brother , ' tis my father's shepherd , sure . Elder B. Thyrsis ? Whose artful strains have oft delayed The huddling brook to hear its madrigal , And sweetened ev'ry muskrose of the dale ?
Seite 146
Various young friends , who recognised his genius and revered his character , came to him regularly day by day , read to him , and acted as his amanuenses : among them , Cyriack Skinner , who has already been mentioned , and the young ... 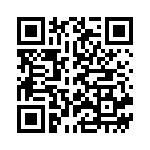