Maria Bloshteyn is a translator and an associate of the Centre for Russian and European Studies at the University of Toronto. 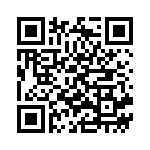