Seite 86
The decision , as is well known , prestige of The Bookseller were fully was unfavourable , Lord Campbell stating maintained . ... has been transferred to him and he has paid the purchase - money , shall not vantage of the booksellers .
Seite 105
As The Bookseller value was 4001. As a publisher he did little , states :but he will be long remembered as having " He possessed remarkable skill in feeling the published the first odition of FitzGerald's pulse of the book market ...
Seite 200
BOOKSELLERS ' ADVERTISEMENTS SMITH Particulars of W. H. & SON'S LIBRARY And its. ( MARCH ) . . E. GEORGE A. RUSSELL SMITH , 28 , HENRIETTA STREET , COVENT GARDEN , LONDON , W.C. OLD ENGLISH LITERATURE , TOPOGRAPHY , GENEALOGY , TRACTS ... 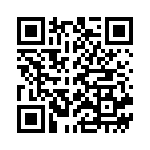